5.  It’s not an island.
Most people think it’s a single island, but it’s not. Zanzibar is an archipelago comprised of several islands. The two larger islands are Unguja and Pemba. Pemba and the smaller islands offer amazing snorkeling and diving opportunities. Unguja is where the capital, Zanzibar City, is on the West Coast which boasts the legendary Stone Town. This big island is the most visited and has stunning beaches all around. 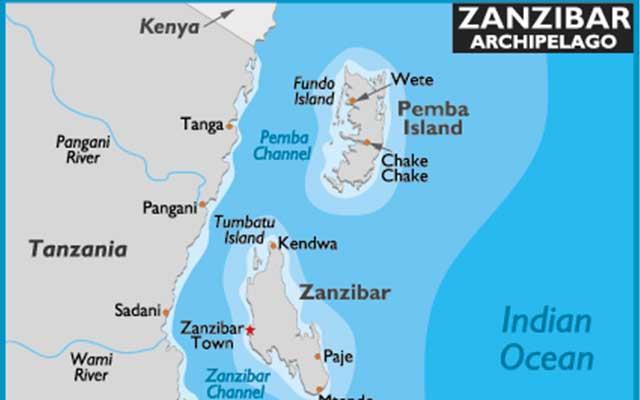 4. Meaning of Zanzibar.
Zanzibar means “land of the blacks” or similar meanings in Arabic, in reference to the skin of the inhabitants as referred to by the foreigner traders that gave the archipelago its name. Zanzibar is also predominantly Muslim, while the country it belongs to, Tanzania, is predominantly Christian.

3. Blend of cultures and flavors.
Throughout history, the Persians, Portuguese, Omani and British have fought to control the important island. It was seen as a gateway to mainland East Africa and was also inhabited by Indians. In fact, the Sultanate of Omani was the first to trade slaves, cloves and ivory from East African Mainland. The presence of the different inhabitants and spices create a unique architecture, cuisine and culture that you can see, smell and taste!

There are Indian doors with their arched frames and elaborate brass studs. Some of the Punjabi-influenced doors are also arched at the top.

There are many explanations for why the Indian doors boast those elaborate studs. Some say they derive from a design used in India that stopped the door being damaged by elephants. Another says that the studs are a symbol of wealth – the more studs you have, the more prestigious or wealthy you are.

It’s likely, the reason is a combination of the two but these days, of course, the studs are purely aesthetic as there are no elephants in Zanzibar. I love that there’s a story behind them though.

The Omani Arabic doors can be distinguished by their rectangular shape and intricate carvings, many symbolising inscriptions form the Quran. In a similar way that the brass studs represent wealth in the Indian doors, the more intricate the carvings of the Arabic doors, the more socially ‘prestigious’ the owners were.

1.  Freddy Mercury was from Stone Town!
The legendary singer of the group Queen was born in Stone Town and lived there in his early years. His original name you might be surprised to find out, was Farrokh Bulsara. After spending his first years in Zanzibar and India he moved to England where he would go on to become the bad ass musician that became world famous for his voice and eccentric personality.

Chobe National Park on a budget