When I left Kathmandu airport in Nepal, I left with a ticket to the capital of Iran, Tehran.
I had a layover in the UAE (United Arab Emirates), and would you believe I ended up in Turkey instead of Iran!?

I had wanted to go to Turkey at some point after Iran, and decided that would be a good alternative as I did not need a visa for Turkey, so I got on a flight to Istanbul a few hours later. Something like this had never happened to me before, but there’s a first time for everything and part of the adventure. I took it all in stride, and figured everything happens for a reason and that Iran wasn’t supposed to happen just yet.

The bad news was that I arrived in Istanbul late one night and had no public transportation options and had to take a taxi and the cheapest option I found was a hotel and was crushed to find Turkey and especially Istanbul is very European, even in steep prices (especially compared to the very cheap prices I’ve grown accustomed to in South East Asia).

I was however really lucky because the next day after I got in touch with some Turkish friends I had studied a Master’s program in Sweden with, they came to the rescue!  My friend Şafak offered to host me in Istanbul and gave me a great place to stay for a week in a great location and took care of me while I explored one of the coolest cities I’ve seen and now one of my favorite cities in the world.

Below are some pictures of Hagia Sophia, a stunning work of art. It is massive and was originally a Christian Basilica that then became a Muslim mosque and is now a museum. It is fascinating to see a monumental building that you can see both Muslim and Christian symbols.

After I left Istanbul I decided to go to Bursa, famous for being considered the birthplace of the Ottoman Empire, https://en.wikipedia.org/wiki/Ottoman_Empire
I couchsurfed (Please see the bottom or end of this post for a detailed explanation on Couchsurfing) there with Ercan, a very nice phd student at the university. There I explored the city, saw a beautiful religious dance ceremony, and went to a photography workshop together and Ercan took me out for my first Turkish breakfast, that is AMAZING and I’ll explain later in a picture.

After I went to the beautiful coastal city of Izmir, where another two friends from the masters program live. My friend Delfin and her parents and friends also completely took care of me hosting me, feeding me and showing me the sights. While in Izmir they took me to visita Siringe, a beautiful village and some impressive anciente Greek ruins,  Ephesus,  https://en.wikipedia.org/wiki/Ephesus

Afterwards I went to Denizli, a city that is famous because it is next to a natural wonder called Pamukkale, which translates to cotton castle and are a collection of rock terraces that are bright white and the water is  blue and is a spectacular natural beauty. It has hot water coming down, which was perfect with the very cold weather during my visit.  My couchsurfing host there Elif, is Kurdish and from the east of Turkey and she began teaching me about Kurdish culture and sparked an interest in me to go to visit her city.

Afterwards I got on an overnight bus to Cappadocia or Kapadokya, probably the biggest attraction in Turkey outside of Istanbul. Volcanic eruptions and erosion and the wind carved out the rocky terrain into a truly stunning landscape.  Some of the terrain looks like it is another planet and has thousands of cave homes, churches and monasteries that were carved out of the soft stone including some that are called fairy chimneys, for shelter and they even created very impressive 12 level underground cities! These were used by early Christians before Christianity was accepted as a religion.

One of the most popular activities to do in Capadoccia is to take a hot air balloon to explore the area, but it was out of my budget so I opted to see it from all the different angles except the air.  I also had a great couchsufing host, Tuğser who took care of me.

It was colder in Central Turkey and started snowing the day before I arrived and made the scenery even more dramatic and beautiful.

From there I opted to go where everyone in Turkey except for one told me not to go to…the East of Turkey.  Near the borders of Syria and Iraq specifically. However, I was very curious about this region and especially about Kurdish culture, so I hopped on another overnight bus to Diyarbakır . The situation there is tense and security is heightened and most of the major historical sights are closed to prevent terrorist attacks, so when I discovered this I just walked around a lot and the people were very friendly and invited me for tea and it was interesting to sit with them and learn more about Kurdish history and culture.
https://en.wikipedia.org/wiki/Kurds

Afterwards I went to Antalya, a beautiful city by the sea that I liked very much.  My lovely host there Atena and her lovely daughter took me in and lent me a bicycle and I loved being on a bicycle again and exploring the city.

When I moved on sadly, I couldn’t find a couchsurfing host in Olympos and had to stay in a guesthouse for 2 nights and it actually felt strange, in a bad way! Olympos has some beautiful nature and some ruins with rivers by the sea and is full of orange and pomegranate trees, and has, Yanartaş some ancient “eternal flames”that have been burning for over 2,500 years!
https://en.wikipedia.org/wiki/Yanarta%C5%9F

From Olympos I tried to hitchhike to my next destination but after only making it half way and struggling to get rides from a city a ride dropped me off in I hopped on a van and made it to Kaş. This is a beautiful town with a great view of the ocean and a Greek island in front. Batu and Ozlen were amazing hosts with a really cozy home and dog, Merlin that I fell in love with. I walked around a lot and went to swim at the same spot a couple of times (once with an octopus) and enjoyed this small town.

I was having a hard time finding a couchsurfing host in my next destination, Fethiye when my hosts in Kas, called a friend in Fethiye who said he’d be happy to take me in for a few days. Olcan was a really nice guy and I had a nice stay with him near Oludeniz and explored the area and met some of his paragliding pilot friends.

From there I went to Bodrum, where Ece a friend I met in Sri Lanka a few months earlier took me in for a few days and was a great host. She took me to try Raki, the local drink and we had a few nice evenings of staying in and talking which was a treat.

From there it is very easy to visit a Greek Island called Kos, and I got an offer from a lovely couple (Promie and Tara) to come visit so I went for it. It is only around 1 hour by boat, and while winter time isn’t the best time to visit a Greek Island it was a nice introduction to Greece. It was cool to see the white and blue colored theme and to hear the Greek language and see the alphabet. And although I don’t think I’m too big into Christmas,  I’ll admit it felt warming to see the Christmas trees and decorations and I actually left the island on the 24th of December and spent “Christmas Eve” having a nice dinner with my friend Ece back in Bodrum.

After Kos and getting back to Bodrum I came back to Izmir where I thought I’d be only 1 night or 2, but I ended up staying almost a week as I had an amazing couchsurfing host Hamide who took me in and made me feel incredibly comfortable and the next few days I did some drawing, practicing drum and spent New Years there before going to Istanbul to get my visa for Lebanon.

Unfortunately the situation is Turkey not very good and getting worse as less and less freedom is available to its citizens. Everyone I spoke to complained about the President and the government acting more like a dictatorship that has been gradually getting stricter and more religious and there is little space for dissent. This past summer the government claimed a group in the army tried to overthrow the government in incidents that included many innocent citizens being killed by tanks and aerial strikes .

Some say the government and president staged this failed coup to justify “getting rid of” influential people that were against the president and his government. Others talk of the CIA being behind it.  I spoke to people who had their university professors disappear, some had their parents lose their jobs, some imprisoned…etc. It is a sad situation that I hope will change. And if this wasn’t hard enough, Turkey has been increasingly targeted by the Islamic State (IS) and other armed groups for their involvement in the Syrian war and going after IS in other neighboring countries by staging acts of terrorism in Turkey.

As for my experience: Turkey was a great surprise for me. I expected it to be Middle Eastern, instead found a European country. The country is pretty and many told me I came in the wrong season, that it is amazing in the spring and summer. However, what I found to be amazing was its people. To date in my travels I haven’t had people be as kind, inviting and generous at Turkish people are. I very much hope things improve because it is a beautiful country with amazing people.

On the failed coup in Turkey last summer.
https://en.wikipedia.org/wiki/2016_Turkish_coup_d’%C3%A9tat_attempt

Good article about the tough situation in Turkey.
https://www.theguardian.com/world/2017/jan/01/istanbul-nightclub-attack-dreadful-year-for-turkey

Couchsurfing
Although I have mentioned Couchsurfing before, I want to explain that it is an online-based community of people that offer their homes to receive travelers in order to help other travelers out and have a type of cultural exchange. It is a system that when used completely benefits all at some point or another. Either when they are traveling they can find a free place to stay and a connection to the local culture, and when you “host” or receive people you have the chance to meet and talk and learn about the person who stays with you and their cultures, practice languages, etc.

And here a good video explanation and example of Couchsurfing: 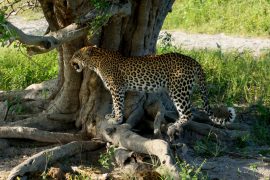 How to visit Chobe National Park on a budget 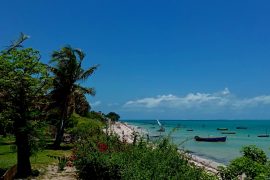 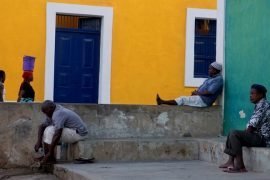