Four years ago I had been in the north of Laos and loved it, so this time I wanted to see the south and some new things. I arrived via bus from Thailand and went to the capital, Vientiane. It is the smallest and quietest capital I have encountered, as it feels more like a small town than a city and capital.

The most interesting thing I found in Vientiane was The Cope Center. It is a museum to inform people about the problems that have been caused by the mass bombings the U.S. secretly conducted in Laos during the Vietnam War. Few people know that during the Vietnam war, the U.S. set up secret army bases in Laos and conducted 580.000 bombing missions dropping bombs all over Laos in efforts to prevent supplies from reaching the Vietcong, and sometimes even to dump bombs they weren’t able to drop over Vietnam.

Statistically it is astounding. The U.S. dropped 280 million bombs over Laos during 9 years. They say that equates to a bombing mission every 8 minutes during 9 years. More bombs were dropped over Laos than were used in any of the World Wars. Sadly this wasn’t all. Around 70 million of those bombs didn’t explode when they were dropped, and since have killed and injured 20.000 people as sometimes children will find the bombs and it will explode when they touch it, or farmers will hit a bomb with a shovel working his field, and it will explode and kill or injure him and others.

There is also a good documentary about the U.S’s bombing campaign in Laos called The Most Secret Place on Earth, which I recommend:  https://www.youtube.com/watch?v=ye2rzEKbz8I

Based on this visit to the Cope Center I decided to not head straight south, but to take an overnight 12 hour bus up north to Phonsavan, one of the most heavily bombed areas of Laos, and home to a famous archeologic site called the Plain of Jars. (https://en.wikipedia.org/wiki/Plain_of_Jars )

In Phonsavan, after I explored the Plain of Jars, one day I saw a group of teenagers when I went to get something to eat.  I greeted them and asked them if they knew where I could play football as I was up for playing. Funny enough they ended up asking me to teach them english instead. Since I had already been looking to do some volunteer teaching in Phonsavan, I happily obliged. I also managed to convince some other people at my guest house to go the next few days and we taught some young locals English at a nearby language center, which was a very nice experience.

I then wanted to head south, but didn’t want to take a 24 hour bus ride this time so decided to go back to Vientianne for a few hours before grabbing the bus down to Pakse, a city which most people only use as a springboard to other places, and I ended up staying here for the last month, which I will explain why:

Buddhist Monks in the morning and Football (which is called Soccer in the U.S)

Buddhist Temple: Teaching and Meditating
Just when I was ready to leave Pakse, I decided to go to a Buddhist temple I had visited a few days ago, and ask the monks if they would allow me to stay with them and meditate for a few days….I wasn’t sure how I should go about this, but just in case I asked the people at the reception of my hostel to write in Laos “Hello my friend, Can I please stay and meditate with you guys for the next few days?”
So off I went one Sunday afternoon a bit nervous to the temple, and when I arrived I saw some young monks and they greeted me in English and they were curious about me and they wanted to practice their English, and before I know it there were around 10 of them and an impromptu class had begun.

When they asked me where I was staying I asked if I could stay with them. I think they were both surprised and confused by my request, and in the end they instead asked me if I could come back the next day to continue to teach them English. I asked what time, and we agreed that from 9-11am I would teach them the next day, and since then I ended up going to teach them for one month.

This was such a beautiful experience. I feel so lucky that I was able  to spend time with them. They treated me to some amazing smiles and laughter, and they offered me lunch and usually brought me snacks that people donate to them in the mornings when they go out to “collect alms, or accept donations of food that fellow Buddhists give them in exchange for good luck in this life and the next.

In exchange they taught me a decent amount of the Laos language, and taught me about Buddhism, about their lives as monks, and meditation, which I usually stayed and meditated for an hour after class. It was an amazing experience I will always remember.

Flirting with another dream: Professional Footballer
As while I was in Vientiane, I saw that people go to play football for fun at the stadiums. One day while I was out exploring Pakse by bicycle I saw the stadium and decided to check out to see if people were playing. To my good fortune there were many people kicking footballs around so I was able to play for a while and met my friend Ziah from the African country of Liberia that told me he was in Laos on the local professional team. Long story short, I managed to meet the coach and ask him if I could try out for the team and he allowed me to try out, but warned me the season´s transfer window was closed, so if anything it would be for next season. That was fine enough by me. I guess I managed to do some things right and he asked me to come back the next day. This kept happening, so I stayed a month. So I trained with this professional team for the last month, which was an incredible experience!

A big surprise was that there are 15 players from Liberia, Ghana, Sierra Leone and Guinea training and fighting for a place on the team, in a league that only allows 3 foreign born players to be in the lineup. Besides being amazing players, they are really great guys that made training with this team even more special. Unfortunately they are in a tough situation as they were told things were going to be different when they got here, and now they are in Laos and having a hard time breaking into the team as only 3 foreign-born players can play in the Laos league games. Here is a link to a BBC article talking about their story: http://www.bbc.com/news/world-africa-33595804

Like most people that grew up playing a sport kind of seriously, I  had the regret not of having tried to be a professional footballer earlier in life (the closest I got was playing on a team in the 4th Division in Sweden when I was there to do my Masters Program), and now at a later stage, I am flirting with this dream !

As much as I love playing football, it is HARD WORK. There are 2 training sessions a day (morning and afternoon) and there is generally only 1 day of rest each week, and every day we did many hours of conditioning, lots and lots of running, drills, scrimmages, and work in the weight-room.  I never thought I would be happy to not play, but that was the case on our day of rest. Although I have been playing 2-3 times a week for many years, I was far from the level of my teammates who have been playing professionally in other countries and are better, younger, faster, and stronger.  This has been humbling to take something that you consider perhaps to be what you do best in life, and be surrounded by other people so good that you feel like you are terrible compared to them! Since hard work and desire goes a long way, I  worked hard on my own after training to catch up, and I am happy to say that I improved a great deal and stepped up my game and got lots of compliments from the players and coach on my progress.

Pakse and the Bolaven Plateau and Tad Lo
I arrived in Pakse because I wanted to do a “loop” or tour of the Bolaven Plateau, a beautiful region in the South of Laos full of mountains, coffee plantations, rice fields, and gorgeous waterfalls that many people explore by motorbike. Since I ended up staying in Pakse for the last month, I got out-of-town every weekend to explore the plateau and its villages, especially Tad Lo.
Tad Lo is a quaint village with a river, a few waterfalls, guesthouses and a great energy. I went 5 times and love this village! The people are very friendly and the scenery is beautiful.

Almost everyone in the village seem to be tobacco smokers and can be seen smoking bamboo pipes that look like bongs, to smoke their tobacco at all times. They told us that children as young as 3 years old smoke this tobacco, which was sad, yet interesting to see.
Mr. Hook was also funny and a bit arrogant as he liked to brag about all the women from around the world he had been with, which had caused him trouble in the village as sex outside marriage is frowned upon, and he said he and his family had been penalized on 3 occasions and that he now could not leave the village. It must be difficult for someone who has studied and traveled to other places around the world (the way he had) have to adhere to the customs and rules of a small traditional Lao village.

Slowing down and being a local in Pakse
It was the first time in my trip where I stopped and stayed somewhere this long. I spent 1 month living in Pakse, a place that is connecting city, so people usually were only there for a day or two. It felt kind of nice to slow down and become a local and meet a lot of good local and traveling people.

My last stop in Laos was the island of Don Det on the fabled 4, 000 Islands, or Si Phan Don in Laos, its name in Laos. It is a place where the Mekong River meets perhaps this amount of tiny green islands before going off into Cambodia. It is famous for being a very laid back place where the most popular activities involve a hammock. I was fortunate enough to go with some nice people and meet other good people there. I spent my time reading, listening to music, playing football on a beach, and exploring with bicycle around nearby villages.

I loved my time in Laos. It is a beautiful country with amazing people. It has had a very tough history, but it is resilient and will surely prosper, despite its maybe tomorrow attitude. I highly recommend you visit Laos if you get a chance. 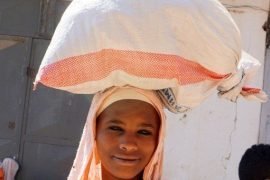 Wild hyenas in Harar and the Blue Nile Falls of Bahir Dar, Ethiopia 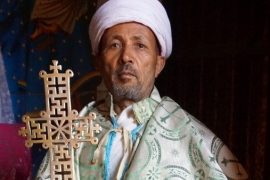 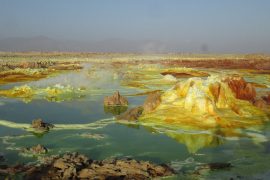 Danakil Depression, Ethiopia: Out of this world experience