First a quick introduction to Nepal. It is a country sandwiched between powerhouses  India to the South and China to the north, that are major influences for this country that was never colonized (a rarity). The legendary Gorkha or Gurka warriors with their famous knives ( https://en.wikipedia.org/wiki/Gurkha ) are famed for keeping colonizing powerhouse England and India at bay. It is a Hindu country where it maintains its culture and identity and it is common to see the women in traditional green or red dresses and men with the dhaka topi hat. It is a country known for its friendly people and legendary hiking in the Himalayan range that has both the world famous Mount Everest and the Anapurna Circuit.

As for my experience, I arrived in Kathmandu, the capital of Nepal and found this dusty city to be calm after having left the levels of chaos that India and New Delhi are. While Kathmandu has a little bit of craziness and chaos, it is absolutely nothing compared to that of India´s. I gave myself a week in this city to get my first feel of the country and met some nice and colorful characters in my hostel and visited some historic sites, visited an orphanage and shared some fun times with in and around the city.

From Kathmandu I went for a weekend to a much calmer place outside the city that is called Nagarkot, to enjoy some nature, cleaner air and quieter atmosphere on some hills 2 hours away by local bus overlooking the city. 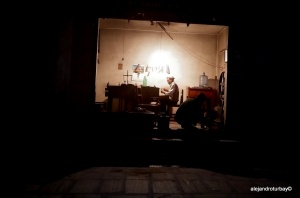 From Kathmandu I took a bus to  Pokhara that is a very likable place. It is the 2nd biggest city in the country, but I spent my time around its lake and its lakeside area that has a plethora of guesthouses and restaurants. I was lucky to run into my friend Oriane, whom I had met in Sri Lanka on my second day. She had spent close to 2 months in Pokhara and showed me where she was staying and a cool part of the lake (North Side), that appealed a lot more to me with a more local feel, cheaper prices and hippie vibe. After getting settled in at an amazing room overlooking the lake for less than $4, I made Pokhara my new home and base for a while to read, draw, practice my drum and have jam sessions and just enjoy life life there. I also used as a launchpad for my jaunts around the country.

The first place I left for was Lumbini on the map for being the birthplace of Gautama Buddha, also known as Siddhārtha Gautama, the man who through meditation became enlightened and later referred to as the Buddha, and father of Buddhism. Lumbini is in the south of Nepal near the border with India, where the weather is much hotter than the rest of Nepal and this was a factor. While I enjoyed visiting the birthplace site and the interesting “Disneyland for Buddhists” where there is a vast complex of temples and monasteries built by different countries, the heat was intense and the town unimpressive, so my stay in Lumbini was limited to some meditation and some exploring. 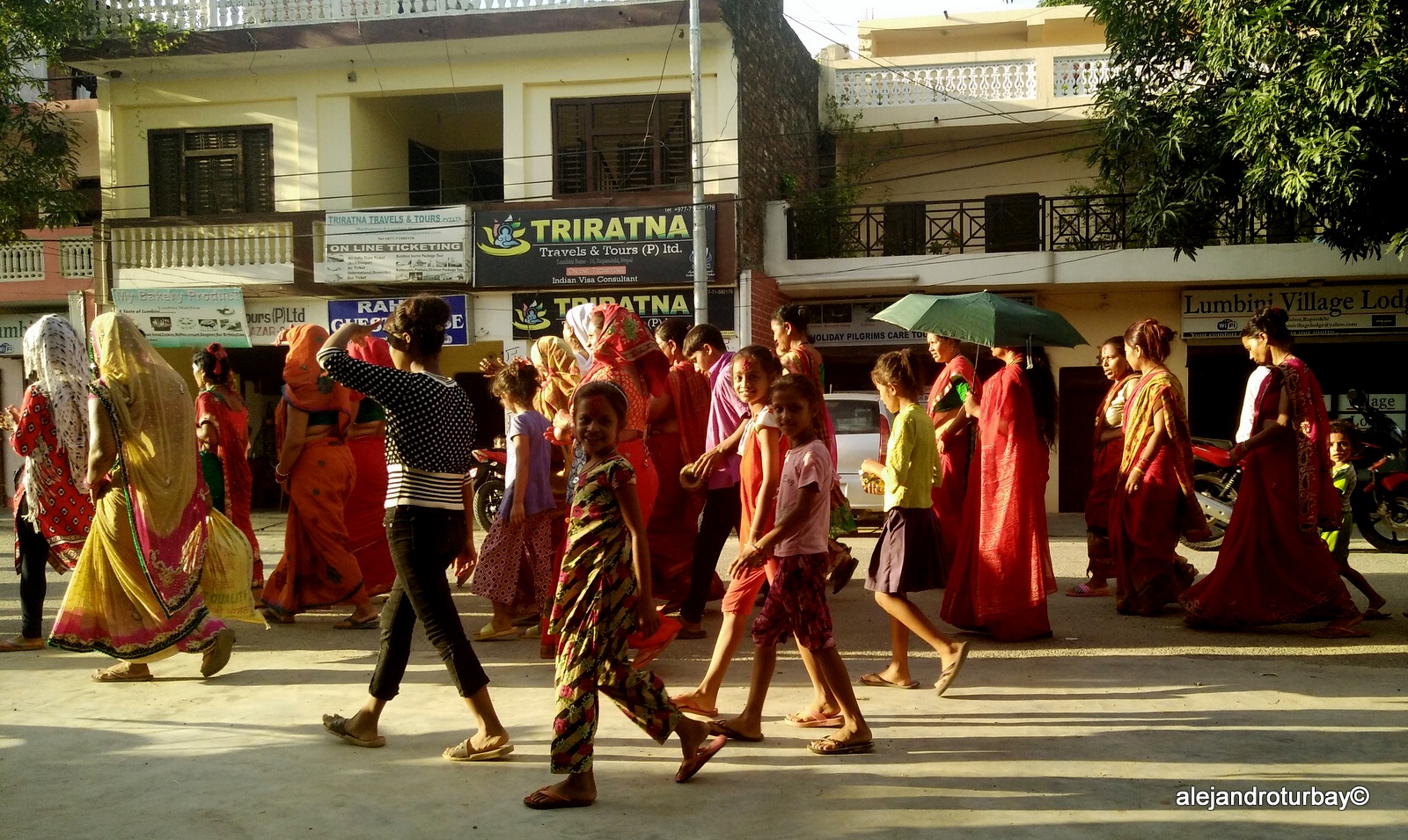 From there I took a bus to the Chitwan National Park, which is both beautiful and has an impressive and dense collection of species such as Rhinos, Tigers, Leopards, Crocodiles, Jaguars, etc.  Due to the large population of these species you can only visit the park with at least 2 guides with big sticks to protect you in the even of an attack. I went on a full day hike of the park with my two new friends Morrea and Ian and we were lucky enough to see:  -2 Rhinos, one of them from really close which was amazing.
-A Tiger! While it was really far away, it was amazing!
-Crocodiles, Deer, owls, and some happy elephants from the breeding center nearby.

I also went to Bandipur, a lovely village in the hills between Kathmandu and Pokhara that felt very authentic and was peaceful and great for just walking around and taking pictures and taking in the atmosphere with the lovely local people. 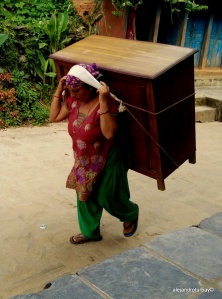 And then I went to beautiful Begnas Tal (Lake), less than an hour away by local bus from Pokhara is this prettier, quieter and cleaner lake. We went with some friends to a small hamlet on the lake called Majhikuna and my friend Giacomo and I ended up staying a week becoming good friends with the lovely woman who ran the guesthouse, Jamuna, and her family.

I then went to a take a 10 day course on Buddhism and Meditation at Kopan Monastery on the outskirts of Kathmandu. It was the first time in my trip I took a course like this and it was very interesting to learn more about Buddhism which has been interesting me more and more on my journey and have taken it on as a Philosophy I can very much relate to. I met some amazing people during the course and enjoyed time reading a lot and meditating.  I ended up leaving this course 2 days early as I knew I was also going to do a 10 day silence meditation course, and thought that would be enough silence and meditation!

When I left the course early I spent a night in Kathmandu running into friends and later going to a few hours away east to a place called Namo Buddha my friend Rajiv recommended.

Then I went back to Pokhara and finally to do some trekking. I was very happy I waited over 2 months to do my trekking as the monsoon season had been slow to stop this year and I had absolutely perfect weather with no clouds when I went to do a part of the Anapurna Circuit for 10 days. I went with a group of friends from the Kopan Monastery course including Giaco, and finished it with my good friends Josh and Rob which were amazing trekking partners and we shared a lot of great conversation on life and had great laughs as we took in the spectacular views and landscapes.

After the trek I then went on to do something even more challenging and crazy 10-day silent meditation retreat, Vipassana as taught by S.N. Goenka. It is 10 days where you cannot speak (to anyone but the teacher or staff), read, write and you meditate around 11 hours a day and are encouraged to not change position. Part of why I wanted to do this is because it sounded so difficult and people I met said it was a life changing event. I still have no idea how I was able to do this, as it was the hardest thing I have ever done in my life, but it was extremely powerful and I am very happy I completed it. I learned about the power of the mind and the priceless lesson of Anicca, or impermanence where nothing lasts, not even pain.

The insane Vipassana schedule. At times it was torture and I wanted to leave, but I am really happy I stuck it out.

And when I finally was able to complete the course, which was the best feeling in the world, I went over back to Mahjykuna on the lake where I had spent a week before to visit my friend Jamuna at her guesthouse and to go for a swim on the lake. While I was at her guesthouse I heard people talking about a strike the following day and that buses would probably be cancelled and I started to worry because I had to take a bus the next day to get to Kathmandu. I decided I’d go back to Pokhara and try to get a bus or a way to get to Kathmandu that same day.

I left Jamuna and gave her a hug and went to the road to try to hitchhike to the nearest town, Begnas, to get a bus back to Pokhara and find out about buses. The very first car that came along stopped for me and it was a nice man who when I asked about the strike he told me that he was going to Kathmandu later that day and he could take me. I happily accepted and we went to pick up my backpack where I had left it in Pokhara and then to pick up his mother and then we all went together around 8 hours to Kathmandu.Talking during I discovered that they were also family with Jamuna the woman from the guesthouse I had stayed at and I even got to meet Jamuna’s mother the next day!

As we were entering the city I was planning on going to a hostel I knew there, but he kindly offered to host me at his home, and I accepted and it was beautiful to arrive at his family apartment and share a room with some of his family members and then awoken the next day by his kids to play. They didn’t want me to leave, but I finally did and it was the perfect ending to my Nepal experience.

Right before getting in the car to go to Kathmandu you can see Padam and his mother walking to the car. 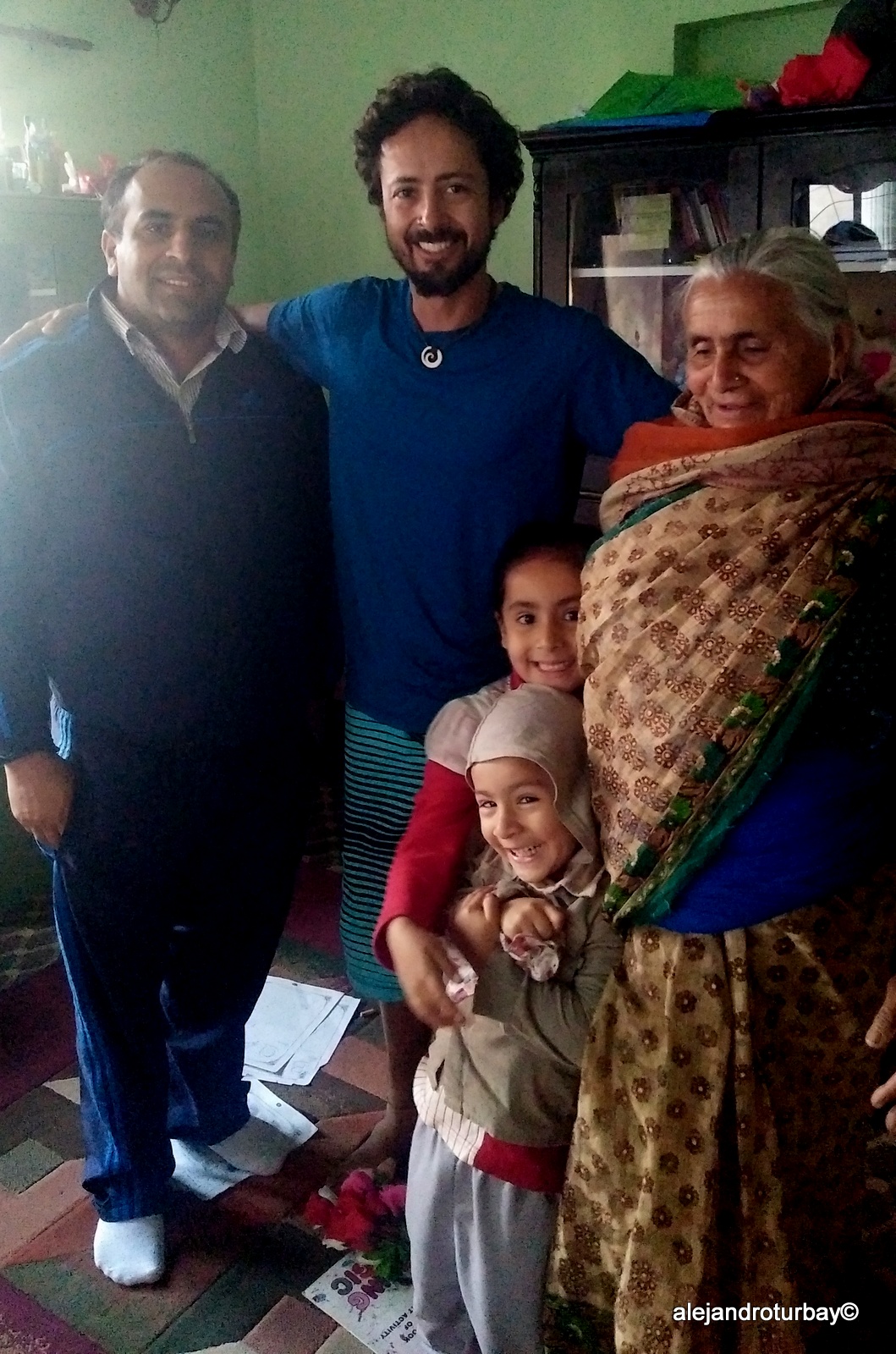 Padam and his mother and children the next day. They treated me like family and it was a beautiful experience and end to my Nepal visit.

Nepal is a beautiful country with festive people that always seem to be celebrating a festival! It has extremely friendly people and I made an effort to learn basic Nepali and it made a great difference and was able to connect with many amazing people and have a beautiful experience in this country.

Visiting Caño Cristales in Colombia: The most beautiful river in the world

Chobe National Park on a budget